Underfunded Crises: A Look at the Last 5 Years11 min read

If you were to ask me, “Are humanitarian crises underfunded?”, I’d probably say “Sure, that’s like asking me, do you check Twitter as soon as you open your eyes in the morning? Or will there be another Fast and Furious movie? The answer is obviously yes, and it’s unhealthy”. But if you asked me which are the most underfunded crises over the past five years, I’d have to look into the data a bit more.

Fundamentally, we care if a crisis is underfunded, as it means people aren’t receiving the services they need. Local and national NGOs, international NGOs, UN Agencies and others collectively have said “these are the people in need of assistance, we’ve targeted these people, and this is the amount of money we need for it (the funding requirement)”. But we’ve only received a fraction of that.

So that self-evidently means that there will be implications for affected populations. But what are those implications? Swithern says in Underfunded Appeals that “there is little reporting of the ultimate consequences of underfunding for the intended recipients of humanitarian assistance”. Swithern makes the great point that “the most common metric, the numbers of people reached, where available… reveals little about the level of provision, quality and relevance of that assistance to those affected”.

But we intuitively understand what the implications may be. There may be fewer services available for the affected population. Services may be stretched thinner, with less capacity amongst staff delivering them. Services are likely to be not up to scratch in terms of quality. And as Swithern notes, local and national actors may be hit disproportionally, jeopardising localisation. One article on the New Humanitarian details the uncomfortable truth of underfunding in Yemen. The article sums it up in one line: “we just don’t have any aid to give out”.

Underfunding isn’t just a concern for affected populations and run-of-the-mill humanitarian folk like me, but also donors. The Central Emergency Response Fund (CERF), a pooled fund that disburses funds to crises worldwide, has a special Underfunded Emergency Allocation where they seek to offset the impact of underfunding on affected contexts. They take into account funding levels, as well as needs, risks, vulnerability, and the recommendations and consultations of colleagues. In 2020, they injected $125m into the humanitarian system, allocating funds to DR Congo, Syria ($25 million), Lebanon, Chad, Niger, Haiti, Jordan, Mauritania, DPR Korea (North Korea), Guatemala, and Honduras.

The European Civil Protection and Humanitarian Aid Operations (ECHO) have also created a framework called the Forgotten Crises Assessment, or FCA. Similar to CERF, the framework is multi-dimensional, and takes into account media coverage, vulnerability, and a qualitative assessment.

For the purposes of this analysis, however, we’ll focus just on underfunding, as opposed to crises being neglected in any other sense.

So what is an underfunded crisis?

But these are snapshots in time. We want to take a longer term view, as funding can fluctuate over time. For example, Cameroon received 69% of their funding requirement in 2016, but 45% in 2018. Niger received 51% of their funding requirement in 2016, but then 80% in 2017. Important though this is in any given year, what is perhaps more interesting is to what extent are crises consistently underfunded over time. So we’ll be looking at the period of 2016 to 2020.

Then we have to ask what does underfunding actually mean? We could conceptualise underfunding in three different ways:

Secondly, underfunding by appeal. For example, Afghanistan got 88%, 81%, 78%, 76%, and 50% of what they asked for in each yearly appeal between 2016 and 2020. That equals an average of 75%. So it’s the average funding requirement met between that period. This has the advantage of weighting each yearly appeal equally. Whereas, underfunding by scale is determined by the funding received and required over time, so the total scale of the crisis over time.

Thirdly, underfunding by spend per ‘Person in Need’ (PIN). Every appeal (almost) has a total PIN number, allowing us to calculate a quick-and-dirty number for spend per person. But this could be misleading. For example, the average yearly spend (mean-average of 2016 to 2020) per Person in Need in Afghanistan was $53, compared to $437 in Bangladesh (2017 to 2020). But Afghanistan only asked for $73 per PIN on average, and Bangladesh asked for $639 per PIN on average. It’s interesting to have this information, but it really is a factor of a) the funding ask, b) the cost of operations, c) how many people were targeted in the first place. We’ve included this below as a reference.

Which crises are we looking at?

We’ve picked out 25 contexts to look at, using two criteria:

Note: we are only including funding attributed to the ‘Appeal’, whether that be a HRP, Flash Appeal, Needs and Overview, JRP, or 3RP. We are not including funding outside of the appeal but to those countries, as we don’t know whether that funding is actually going towards addressing the needs outlined in the Appeal.

We’ve also created a classification for underfunding. It goes like this:

Given that looking at underfunding by both scale and appeal is useful, we average the two numbers and classify the context based on that average. For example, Afghanistan is 69% funded in terms of scale (cumulative sum), and 75% in terms of appeal (average of % funding requirement met), and so gets a score of 72% and is classified as Moderate underfunding.

If, however, the funding requirement increased from $100m to $2bn, and it was funded at 50% and 10% in each year, the scale and appeal numbers would be different. In total it would be $250m funded, so 12% funded (250/2100), but the appeal average would be 30% funded. The fact that there is such a strong correlation between the two shows that wild swings in funding and funding requirements rarely happen.

The moment we’ve all been waiting for

The most underfunded crises over the past five years are those in the Democratic People’s Republic of Korea (DPRK, or North Korea), and Haiti. Astonishingly, they have only received 28% and 30% of the funding that was required in that period. These are the only contexts classified as ‘Chronic’ in terms of underfunding.

The next level up are contexts that are ‘Severely Underfunded’, i.e. between 40% and 50% funded – which is still very low. This includes Ukraine, Democratic Republic of the Congo, Chad, Mali, Libya, Cameroon, and the Syria Regional Refugee and Resilience Plan (3RP). These countries, plus DPRK and Haiti, are the top nine underfunded contexts and all received less than 50% of their cumulative funding ask in the past five years.

Most contexts were between 50% and 75% funded (‘Moderate Underfunding’) during the 2016 to 2020 period. But there’s one clear success story: Iraq. Iraq received 94.5% of what was asked for during that period, and is classified as having a ‘Minimal Underfunding’ status.

Two things are particularly interesting when looking at ‘Chronically’ or ‘Severely Underfunded’ contexts, versus those that are only ‘Moderately’ or ‘Minimally Underfunded’. Firstly, no context that is in the worst two categories of underfunding received more than $100 per Person In Need (PIN). The three most underfunded countries all received less than $30 per PIN. Whereas, there is a wide selection of contexts that broke the $100 per PIN barrier in the Moderate and Minimal contexts, including Bangladesh ($437 per PIN), and South Sudan ($169 per PIN).

Secondly, for the most part, underfunded contexts have tended to (with the exception of Syria 3RP, DR Congo, and Chad) receive less than $1bn total between 2016 and 2020. Compare this to countries with Moderate and Minimal underfunding status, and we can see most of these have received over $1bn.

Not a great picture

The direct consequences of this may not be crystal clear (particularly as the author doesn’t have any direct experience with DPRK or Haiti appeals). But like we said previously, the high-level implications are pretty self-evident, even if we don’t know the minutiae.

What’s really important to highlight is that this picture of underfunding is with the various existing mechanisms in place, such as the CERF underfunded emergencies fund.

Swithern notes four possible explanations behind underfunding. Firstly, a context is ‘out of favour’ and not a strategic priority for donors. Secondly, there may be a lack of information about risks, needs and all the stuff we need to make informed decisions. Thirdly, a lack of coordination on underfunding at a global level doesn’t help the nudging of resources to underfunded crises. And lastly, a context may be ‘out of the headlines’. As Mark Lowcock said here in a 2019 Devex Q&A: “Generally speaking, the crises with a high degree of global political interest, like Syria and Yemen, are better funded than those that are not in the headlines as much.”

These four forces (and maybe more… answers in the comments), drive the inequality between contexts. A greater countervailing force is needed to redress that balance. The question is: what is that? Is it another funding mechanism? Is it coordination? We won’t go into that here, not today. But suffice to say that something needs to be done, otherwise the DPRK and Haiti may suffer many more years of underfunding.

Header Photo: “Person holding an empty wallet” by wuestenigel is licensed under CC BY 2.0

OCHA (2019). Haiti: The most under-funded humanitarian crisis in the world. Retrieved from: https://www.unocha.org/story/haiti-most-under-funded-humanitarian-crisis-world

The New Humanitarian (2020). As aid money dries up, Yemenis are at ‘the end of the line’. Retrieved from https://www.thenewhumanitarian.org/opinion/first-person/aid-money-Yemen-war 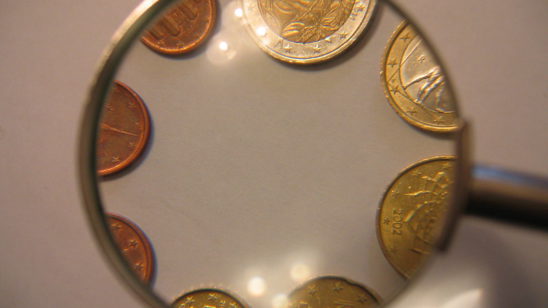